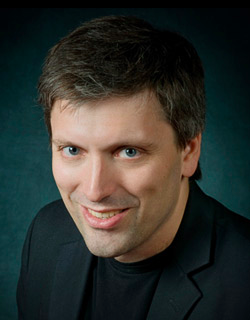 Dmitry Bogachev is a theatre producer, CEO of Broadway Moscow LLC, founder of the Russian division of Stage Entertainment and its leader between 2004 and 2018, an international member of the Broadway League, winner of the Golden Mask National Theatre Award, Winner of Person of The Year award in the field of culture.

Dmitry Bogachev started his theatrical career in 1999 as the commercial director of the Russian original musical Nord-Ost introducing the Broadway business model as well as innovative marketing and sales strategies to the Russian market of live entertainment. Nord-Ost became the first Russian musical to be played on a daily basis for over a year. After a terrorist attack in a Moscow theatre in 2002, Nord-Ost was closed, after more than 400 performances. Dmitry Bogachev went on to establish The Russian Musical LLC — a new theatre company that produced Twelve Chairs, another original Russian musical based on the popular novel.

In 2001−2003 Dmitry Bogachev was one of the initiators and pioneers of the development and implementation of е-ticketing in Russia.

Since 2004 Dmitry Bogachev has acted as a producer of Russian versions of such musicals as CATS, MAMMA MIA!, Beauty And The Beast, ZORRO, The Sound Of Music, The Little Mermaid, CHICAGO, The Phantom Of The Opera, Singin’ In The Rain, R+H's Cinderella, The Dance Of The Vampires, Ghost, Chess as well as ice musicals The Nutcracker, The Snow Queen, Sleeping Beauty, Three Musketeers, The Wizard Of OZ, Aladdin And The Lord Of Fire, Sindbad And Princess Anna.

In 2012, Dmitry Bogachev founded Moscow Broadway as an educational not-for-profit program aiming to develop the genre of musical theatre in Russia; support creative and administrative theatre professionals in garnering of global experience in the genre of musical theatre from their foreign colleagues; provide artists with opportunities to participate in creative workshops by leading Broadway directors, actors, choreographers; organize seminars and round tables dedicated to exploring issues in Russian and international musical theatre.

In 2015, Broadway Moscow LLC was registered as an independent commercial theatre company focused on original and licensed theatre productions in Russia and international collaboration. Broadway Moscow LLC joined The Silk Road International League of Theatres by way of the agreement signed with China Arts and Entertainment Group.

In April 2017, a premiere of the musical ANASTASIA took place on Broadway. The idea, the concept and initial creative development of the musical have belonged to Dmitry Bogachev since 2011. The musical was nominated for 13 Outer Critics Choice awards, 9 Drama Desk awards and 2 Tony awards.

On September 24, 2019, the premiere of the original Russian production of the Broadway musical First Date took place in a site-specific format, which is unusual for Russian musical theater.

On October 5, 2019, the premiere of the play The Comedy About a Bank Robbery, another comedy hit by Mischief Theatre, took place.

On September 19, 2020, the musical Lover's Day, was opened in the MDM Parquet Hall, commissioned by Dmitry Bogachev, specially for the Broadway Moscow theater company.

On October 17, 2020, the MDM Theater hosted the premiere of the original Russian production of the legendary musical Chess. During the two-year run, the performance was visited by 700 thousand spectators; the musical received three Golden Mask awards.

On December 3, 2022, the MDM Theater hosted the world premiere of the musical Fear nothing, I'm with you based on the hits of the Secret beat quartet.